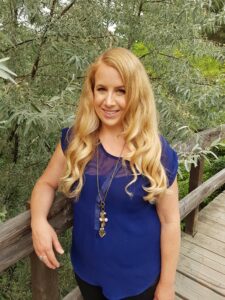 Life can be challenging, especially during these uncertain times. In the year since the pandemic began, I have noticed the number of referrals grow exponentially in my clinical counselling practice. It appears that isolation, uncertainty, fear, and frustration have brought up many people’s issues and past traumas to the surface.

How are you coping right now?

People tend to cope with stressful situations in a variety of ways. Some people become angry and bitter, pointing fingers, and wanting to blame others. Other people try their best to ignore their issues and just hope it goes away. Then there are those who seem to rise to the occasion with focus and clarity and try to learn from the situation and grow.

There is a story by an unknown author called “The Carrot, The Egg, and The Coffee Bean”, that I came across a few years ago that sums up perfectly about the choices we make when faced with difficulty or adversity. So, I ask you, when you face challenges in your life, which one are you, a carrot, an egg, or a coffee bean?

A young woman went to her mother and told her about her life and how things were so hard for her. She did not know how she was going to make it and wanted to give up. She was tired of fighting and struggling. It seemed as one problem was solved, a new one arose.

Her mother took her to the kitchen. She filled three pots with water and placed each on a high fire. Soon the pots came to boil. In the first she placed carrots, in the second she placed eggs and in the last she placed ground coffee beans. She let them sit and boil, without saying a word.

Then she ladled the coffee out and placed it in a bowl. Turning to her daughter, she asked, “Tell me what you see.”

“Carrots, eggs, and coffee,” she replied.

Her mother explained that each of these objects had faced the same adversity: boiling water. Each reacted differently.

The carrot went in strong, hard and unrelenting. However, after being subjected to the boiling water, it softened and became weak.

The egg had been fragile. Its thin outer shell had protected its liquid interior, but after sitting through the boiling water, its insides became hardened.

The ground coffee beans were unique, however. After they were in the boiling water, they had changed the water.

“Which are you?” she asked her daughter. “When adversity knocks on your door, how do you respond? Are you a carrot, an egg or a coffee bean?”

Sending you all courage and strength to get through any challenges you may be facing right now!

Tricia is a clinical counsellor and owner of Core Level Healing Therapy. She specializes in helping individuals heal from past trauma and relationship issues. You can visit her website at www.corehealingtherapy.ca for more information on how she can help you with any challenges you are facing.